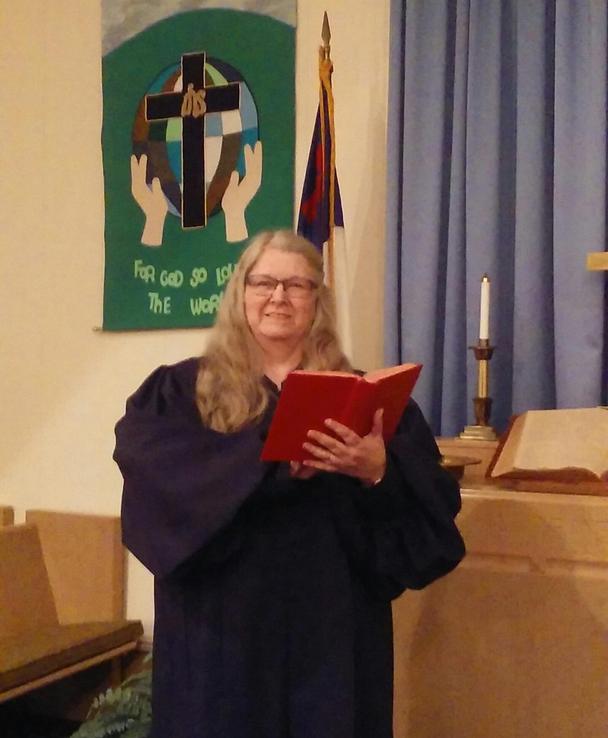 Triple duty is a lot to take on, given that this is Glygoroff’s very first assignment as a pastor, but she said she’s loving it.

“It’s just a matter of getting a routine set down,” she said.

At age 64, she has received ministry training but is still working toward her church license to preach, which she expects to obtain later this year.

The Rochester Hills native was a music teacher for about 25 years, earning a degree in music education from Northern Michigan and Wayne State universities. Her main instruments were piano, flute and string bass.

She changed careers after joining Paint Creek United Methodist Church in Rochester a few years ago.

“I felt a pull to become a local pastor,” Glygoroff said. She took on many roles at Painted Creek, including as the worship chairwoman.

“I was setting up for a service in the sanctuary, talking to God, as I often do,” she said. “It was a rainy and gloomy day. I said, ‘If you want me to continue in the church, please show me.’ All of a sudden, the sun broke through the stained glass windows — and I knew.”

Glygoroff began her new position July 1, taking over for the Rev. Carman Minarik.

She has settled into the parsonage located near Trinity United Methodist, 720 S. Shiawassee St. The church building was constructed in 1956, to accommodate the congregations of two local United Methodist churches that merged.

“Her quiet and calmness are remarkable,” Laurie Boughfman, the interim administration assistant, said of Glygoroff. “She’s got the focus and desire to help these three churches come back to being the event of the day on Sundays.”

Glygoroff is a lectionary preacher, meaning she uses a predetermined cycle of Scripture readings designed to take a congregation through the whole Bible in a selected period of time — three years, in Glygoroff’s case.

She invited anyone interested to try Trinity/Chapin/Henderson United Methodist.

This summer, Chapin United Methodist Church will present vacation Bible school for members of the churches and anyone in the community. The program runs from 5:45 to 8:30 p.m. Sunday through July 18. Children age 3 through seventh grade are welcome.

“They’re doing a tremendous job with the vacation Bible school,” Glygoroff said. “The kids are going to love it.”

Her plans as the minister of a “three-point charge” include making personal contact with people who have left the churches. She intends to just talk to them, and ask if they have found another church and whether they would consider coming back, she said.

In addition, “All three churches have older congregations,” she said. “I’d like to infuse them with younger people. I’d love to see more children come to church.”

Glygoroff also plans to sing in the church choir. She doesn’t have much spare time these days, but previously has enjoyed needle crafts. She has a great love of animals, she said, including her cat, Melody, and Trinity’s unofficial mascot, Radar the dog.

Leisure hours could be some distance off. After earning her license to preach, Glygoroff must complete another 20 courses in order to serve as pastor past age 72. She said she fully intends to complete the courses.

“There are a lot of steps to this,” Glygoroff said. “You really have to know this is what you want to do.”

From there, she drove to Trinity United Methodist Church in Owosso and gave her third sermon of the day.

It was the first Sunday round of Glygoroff’s “three-point charge” — serving as the pastor for all three congregations.

“It went perfectly,” Glygoroff said. “I couldn’t have asked for it to go any better. I was well-received by the congregations. Everyone has been wonderful — so warm and welcoming.” 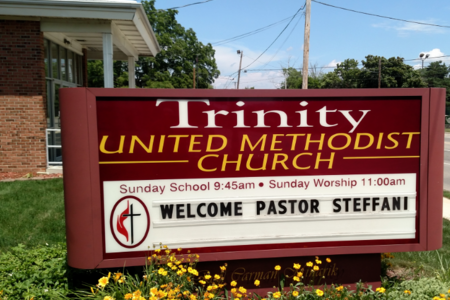